Join us on Saturday April 17th as Southern Roots presents

of all-time. Bobby Miller presents an electrifying performance that can be best described as, high energy and a “must

It is with great honor and utmost reverence that The Prince Tribute Band was formed. For anyone who wasn’t fortunate

enough to have witnessed Prince live show, the experience was undeniably one of the best live performances on the

planet. It was with this idea in mind that Bobby Miller chose to re-create some of Prince most memorable concert

moments. The Production team consist of Bobby Miller as the artist, backed by some of the most talented dancers and

musicians that have toured the US and abroad. Collectively, the team consists of over a 100 years of music experience.

The group lovingly describes their show as a performance that is second to none.

Since early childhood, Bobby has studied and emulated Prince and Michael Jackson Persona, voice and dance

movements. His hard work has transcended him into one of America’s Top Prince and Michael Jackson tribute artist.

Bobby has evolved from youth performing in talent shows and family tips to gracing the main stage worldwide. He has

headlined many events, as well as opened for several national acts.

Bobby embodies and exudes the spirit of each artist on and off stage.

According to Bobby, ” when its time to perform” Bobby feels as though he is the “real” deal. Now that Prince and Michael

is no longer with us, Bobby continues to honor the artist by giving fans an opportunity to experience their concert Stevie B with PM Dawn 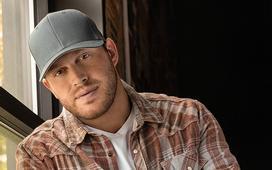 • You must be 21 and over to purchase tickets or enter Southern Roots. There are no exceptions.
You must have your ID to enter, regardless of your age
• Reserved Tables — All members must be present at the time of entry to be seated.
• The ability to reserve tables ends at 12:00 midnight the day before the event. You can still purchase General Admission tickets for the show at the door.
• All Sales are Final