This Patron dinner will feature nationally recognized chef, Hugh Acheson, paired with world class wines. The dinner provides a unique opportunity to interact with fellow wine enthusiasts while enjoying innovative cuisine and some of the world's best wines. This dinner benefits Sandestin Foundation for Kids and allows a chance to see firsthand how your generosity is changing the lives of children today.

*please email Leighann@baytownewharf.com with any allergies or dietary restrictions.

Born and raised in Ottawa, Canada, celebrity Chef Hugh Acheson started cooking at a young age and decided to make it his career after taking a very long time to realize that academics weren’t his thing. At age 15, he began working in restaurants after school and learning as much as possible. Today, Acheson's experience includes working under Chef Rob MacDonald where he learned stylized French cuisine, wine and etiquette at the renowned Henri Burger restaurant in Ottawa, and in San Francisco as the chef de cuisine with Chef Mike Fennelly at Mecca, and later as opening sous chef with famed Chef Gary Danko at his namesake restaurant, where he found a love of the simple, pure and disciplined.

Taking these experiences, Hugh developed a style of his own forging together the beauty of the South with the flavors of Europe and opening the critically acclaimed Athens, GA restaurant 5&10 in March of 2000.In 2007, Acheson opened The National with fellow chef Peter Dale. Adding to his list of dining establishments, Hugh opened Atlanta restaurant Empire State South in the summer of 2010 and coffee shop Spiller Park Coffee in November of 2015 and By George in Atlanta’s historic Candler Hotel in 2019.A five-time James Beard nominee and 2012 winner for Best Chef Southeast, Acheson's fresh approach to Southern food has earned him a great deal of recognition including Food & Wine’s Best New Chef (2002) and the Atlanta Journal Constitution Restaurant of the Year (2007). In 2010 Hugh competed on Bravo’s Top Chef Masters: Season 3. He returned to the hit show as a judge on Top Chef: Seasons 9 - 13 as well as Top Chef: Duels. He also hosted Bravo’s online complement to Top Chef Masters Season 5, called Battle of the Sous Chefs.

All of the food and beverage offerings at the Hotel Effie, opening August 2020, are in partnership with celebrity chef Hugh Acheson. Chef Acheson and his team bring amazing skills to the table that will heighten the travel experience for hotel guests. 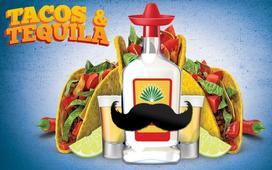 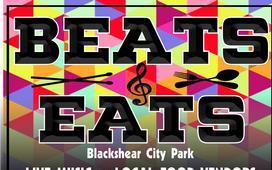