Save the date folks! Our First Annual Piedmont Brewery & Kitchen Chili Cook Off is set for Saturday, September 28th. The gates open at 12:00 pm and we will party til 5:00 pm. The location is Third Street Park in front of the brewpub. we will have the street blocked off between Poplar Street and Third Street.

We are currently accepting applications for cooking teams. The entry fee is $50/team and includes up to 4 chili tasting wristbands and 4 beer tickets. If you wish to enter a cooking team, please send an email to chilicookoff@piedmontbrewery.com. We will get back to you with the application, cook off rules and other stuff that you'll need to fill out in order to participate. Cash prizes will be awarded for 1st, 2nd and 3rd places. Piedmont Gift Cards for People's Choice and Best Decorated Booth (based on this year's theme: TAILGATE PARTY! it is almost football time after all). Set-up for cook off teams is 7:00 am.

This group of unique, talented and high energy musicians are about to take flight!!! Keep your eye on the sky!!!

Headlining the Chili Cook Off is one of the original jam bands to exploded out of the Athens scene in the late 80s............ Bloodkin!

Daniel Hutchens and Eric Carter met each other when they were eight years old. They solidified their early friendship based on a mutual love of baseball, comic books and rock n roll music.

After high school, they started getting a little more serious about their blossoming songwriting partnership. Their road wound through Huntington, WV, and eventually on to Athens, GA, which they soon came to call home. They continued to concentrate on their songwriting, and by the early ‘90s they had a catalogue of over 300 compositions. By this time Hutchens and Carter had given their musical collaboration a "band name": Bloodkin.

People started to notice, and some even started covering some Bloodkin compositions, most notably Widespread Panic, who wound up recording three Bloodkin songs, and who continue to play those and other Bloodkin songs live. 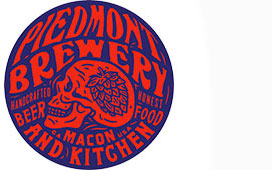