Noon - 2pm - VIP Session - Enjoy rare and special brews by all your favorite breweries, open only to our VIP Ticket holder

2pm - 5:30pm - General Admission. Be greeted at the brewfest with a sampling glass and wrist-band and make your way through the food vendors, beer tents, and craft vendors. Enter to play in the cornhole tournament while listening to our live bands.

*VIPs also get to stay for GA!

Exclusive access to the VIP hour from 12-2pm, as well as the main festival from 2-5:30pm

From 12-2pm you will be able to try pours of special, limited small-batch brews, available from each of the breweries, which will not be served to general admission festival-goers

Enjoy the non-beer aspects of the festival, all while basking in that responsible feeling of keeping your friends safe!

*Food and products from a selection of purveyors are available to purchase on site, but are not included in any ticket price.

The Great Falls Brewfest is proud to again partner with Hampton Inn L/A for discounted lodging rates during the Brewfest. 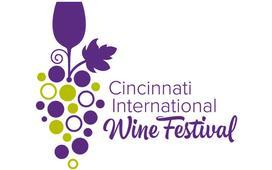 • Each Ticket Holder and attendee must be 21+ in age. NO ONE under the age of 21, including children in strollers or carriers accompanying their parents, will be admitted to GFBF. No exceptions.

• There are NO refunds on tickets for any reason. All sales are final.

• It is understood that some beers will run out before the end of the event.

• GFBF organizers have no responsibility (financial or otherwise) for event cancellation, interruption on inconvenience due to inclement weather or other circumstances beyond their control. Ticket Holder is not eligible for any refund due to postponements or cancellation on account of such circumstances.

• Any container, purse, bag or other property in Ticket Holder's possession is subject to inspection by GFBF security while entering event, during event or during departure from event.

• Ticket Holder expressly grants GFBF organizers the non-exclusive, irrevocable, transferable, perpetual right and license to publish, print, display, record and use (by photograph, film, video, audio or any other method or device) Ticket Holder's name, voice, image and likeness while at GFBF, and to use such recordings for any purpose and in any medium now known or hereafter devised. Ticket Holder releases GFBF organizers from liability for any such uses, including claims for infringement of any privacy, publicity or other rights and other claims of any kind.

1. TO ASSUME AND ACCEPT ALL RISKS arising out of, associated with or related to Ticket Holder's participating in GFBF, even though such risks may have been caused by the negligence of Baxter Brewing Co.

2. TO BE SOLELY RESPONSIBLE FOR ANY INJURY, LOSS OR DAMAGE which Ticket Holder might sustain participating in GFBF, even though such injury, wrongful death, loss or damage may have been caused by the negligence of Baxter Brewing Co.

3. TO HOLD HARMLESS AND INDEMNIFY Baxter Brewing Co. from any and all liability for any damage to the personal property of, or personal injury to, any third party resulting from Ticket Holder's participation in GFBF; and

4. TO INDEMNIFY AND HOLD HARMLESS Baxter Brewing Co., its organizers, associates, directors, officers, employees, volunteers, members, charity and representatives from any and all claims, demands, actions and costs which might arise out of Ticket Holder's participating in GFBF, even though such claims, demands, actions and costs may have been caused by the negligence of Baxter Brewing Co.

In consideration of Ticket Holder's voluntary participation in GFBF and all activities related to the event, Ticket Holder acknowledges awareness of the possible RISKS, DANGERS AND HAZARDS associated with GFBF, including the possible risk of severe or fatal injury to Ticket Holder or others. These risks include but are not limited to the following:

a) intoxication and/or alcohol poisoning from the alcohol that Ticket Holder consumes whether voluntarily or through coercion;

b) the possibility of any type of bodily injury (broken bones, soft tissue damage, dental damages) from falling down, being knocked down or being involved in a physical confrontation whether caused by Ticket Holder or someone else;

c) the risks associated with returning to Ticket Holder's residence or traveling to any destination after GFBF, especially the risks of operating a motor vehicle after consuming alcohol.

In the event a court of competent jurisdiction shall hold any provision of this Agreement to be invalid, illegal or unenforceable, the validity, legality and enforceability of the remaining provisions shall not in any way be affected or impaired thereby. This Agreement is the product of negotiations between Baxter Brewing Co. and the voluntary participants (Ticket Holders). Ticket Holders hereto acknowledge that they have participated in the negotiation of this Agreement. Furthermore, this Agreement shall not be construed against either Party by reason of such Party having been or having been deemed to have structured, dictated, or drafted this Agreement. The Parties to this Agreement acknowledge that each of the Parties have been given an opportunity to review this Agreement with counsel and that their purchase of GFBF tickets represents their voluntary act and evidences their agreement to the terms described herein, each intending to be bound by same.